It’s rare to see a public fight at a prominent D.C. think tank, but Koch funding and human rights policy toward Moscow have pushed grievances out in the open.

In a very rare public battle at a prominent Washington, D.C. think tank, almost two dozen employees and fellows at the Atlantic Council have issued a statement slamming two of their colleagues for writing what they see as a pro-Russia article on the think tank’s website.

Emma Ashford and Mathew Burrows, two senior experts at the Atlantic Council, on Friday published an article that said the U.S. should not focus on human rights in its dealings with Russia and wrote that “democratization in Russia would not necessarily be good for US foreign policy interests.”Advertisement

The article led 22 of the think tank’s staffers and fellows to issue a statement on Tuesday distancing themselves from Ashford and Burrows, saying the article “misses the mark.” Among the signers were three former ambassadors: John E. Herbst, Alexander “Sandy” Vershbow and Daniel Fried, who worked at the State Department for almost 40 years.

“Their article is premised on a false assumption that human rights and national interests are wholly separate and that US policy toward Russia was and remains driven by human rights concerns principally,” the statement reads. “In fact, previous administrations and the current one have sought to integrate our values and other national interests. We the undersigned disagree with its arguments and values and we disassociate ourselves from the report.”

One person who signed the statement told POLITICO that they worried the article was, or might be viewed as, a shoddy work product influenced by a $4.5 million donation over five years to the Atlantic Council from Charles Koch, who advocates for less American intervention abroad.

After Koch gave that money to the Atlantic Council, the money was used to set up the New American Engagement Initiative, which aims to study new ways to address foreign policy issues. Ashford, who was at the Koch-funded libertarian think tank the Cato Institute, started at the Atlantic Council on the NAEI in September and was joined by Chris Preble, another prominent former Cato foreign policy scholar who had started at the think tank a few months before.

“The Koch industry operates as a Trojan horse operation trying to destroy good institutions and they have pretty much the same views as the Russians,” said the person who signed the statement. The person argued that many other think tanks hold themselves to higher standards and refuse to take such money, and they were disappointed that the Atlantic Council had accepted it.

Fred Kempe, CEO of the Atlantic Council, said in an interview that such a claim was “an outrageous charge. We don’t take any funding at the Atlantic Council that doesn’t include intellectual independence for the Atlantic Council, and we need new voices in the foreign policy debate in Washington. It’s not as if we’ve got everything right over the last 20 years.” Will Ruger, the vice president for research and policy at the Charles Koch Institute, also told POLITICO last year that the Koch Institute respected the intellectual freedom of the think tanks it is funding.

Whether or not the Ashord and Burrows article is a product reflecting Koch influence, it’s generated a lot of heat in this usually reserved centrist think tank. It’s “fake realism. It does not reflect American interests,” said another person who signed the statement. “It closes the eyes on a bipartisan tradition of integrating our values and human interests from Ronald Reagan to Barack Obama. It’s Cato Institute meets Donald Trump.”

Asked about the dust-up, Kempe said the Atlantic Council is a place where debate over critical foreign policy issues is welcomed and encouraged.Advertisement

“I would have preferred that this one didn’t unfold the way that it did,” he said, but “we’re going to have an on-the-record debate with the parties involved in this controversy.”

The controversy even drew in former Estonian President Toomas Hendrik Ilves, who tweeted: “So the people who know anything about Russia disassociate themselves from the Koch-funded, sinecured isolationist shills who do not and who say the US should not care about human rights violations in Russia. #Followthemoney It’s not a pretty path.”

A credibility test for the Council

This is not the first time the Atlantic Council has received negative attention about who it solicits as donors. In 2014, The New York Times reported that the Atlantic Council had received money from at least 25 countries since 2008. Ukrainian energy company Burisma, which played a star role in President Donald Trump’s first impeachment, has donated to the Eurasia Center and funded a program on energy security.

While some Atlantic Council experts told POLITICO they respect Ashford and Burrows, there are other staffers who view Ashford and Preble as isolationist interlopers who don’t belong at the more mainstream think tank. Some opined that they were only hired because of the Koch money that the Atlantic Council received.

“The general view at the Atlantic Council is to send them back to the Cato Institute where they came from,” said a prominent signatory on the dissent, speaking on condition of anonymity to avoid publicly criticizing colleagues. (POLITICO contacted or attempted to contact all 22 signers of the statement; none wanted to speak on the record.)

Numerous Atlantic Council experts who signed the letter said they were worried about a potential hit to reputation they believe the think tank could face because of the article.

A senior fellow told POLITICO that the article could “undermine the credibility of some of the work that the Atlantic Council is doing on the Russia issue.”

“The reputational risk … [is] that we’re willing to give our good name to arguments that amount to we ought to give Putin a free hand at home, including to murder political opponents, and invade his neighbors when he really feels he needs to. … Like seriously, that’s your argument?” said another signatory to the dissent.Advertisement

Asked about the editorial process for the article by Ashford and Burrows, Kempe said the article went through the usual editorial process — which rarely requires top management approval due to the intellectual independence policy of their scholars. He referred additional questions on the process to a spokesperson, who declined to comment.

The unusual public feud reflects, to some extent, a fight over turf at the think tank. Most of the people who signed the statement are affiliated with the Atlantic Council’s Eurasia Center, headed up by Herbst, a former U.S. ambassador to Ukraine and Uzbekistan. One person at the Atlantic Council said that the center has traditionally taken the lead on reports and articles about Russia, including often reviewing any Russia-related products that come out from other parts of the think tank.

That did not happen in this case and so colleagues felt the need to publicly refute the article. Kempe and others said this was the first time such a dispute at the think tank has played out so publicly in recent memory.

One unusual wrinkle is that the Atlantic Council has traditionally been pretty tough-minded on Russia, so much so that in 2019, the Russian Prosecutor General’s office designated the think tank as an “undesirable organization,” which limits the ability of the Atlantic Council to work in Russia and with Russian entities.

Ashford and Burrows operate independently from their colleagues, like fellows in other parts of the think tank. Ashford declined to comment. Burrows didn’t respond to a request for comment.

Damon Wilson, the executive vice president of the Atlantic Council, didn’t sign the statement but on Wednesday evening also weighed in on the kerfuffle on Twitter, saying he personally disagreed with Ashford and Burrows and that he believed “strongly that human rights are part of US national security interests,” but that he respected “their right to make their arguments.”

Besides Wilson’s tweet and the brief Tuesday statement, which one signer likened to a “slapdown” of their colleagues and designed to attract more attention than a substantive reasoned argument, Dylan Myles-Primakoff, a nonresident senior fellow at the Atlantic Council who signed the letter, also wrote a 1,841 word article on Tuesday criticizing his colleagues’ work.

He picked apart specific parts of the article that he said were just factually wrong. Ashford and Burrows had called Russian opposition leader Alexei Navalny “an open nationalist who is widely known to agree with Putin on many foreign policy questions; he backed the Russian seizure of Crimea.”Advertisement

The State Department recently sanctioned Russia over Navalny’s poisoning and imprisonment, and he is widely seen as the leading force for democracy in Russia.

“You can make a case for bringing in alternative points of view, but if you’re going to do that, you have to have standards, man,” one of the dissenters said

Ethiopian Americans Made the Difference for the Republicans in Virginia 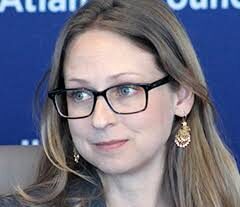