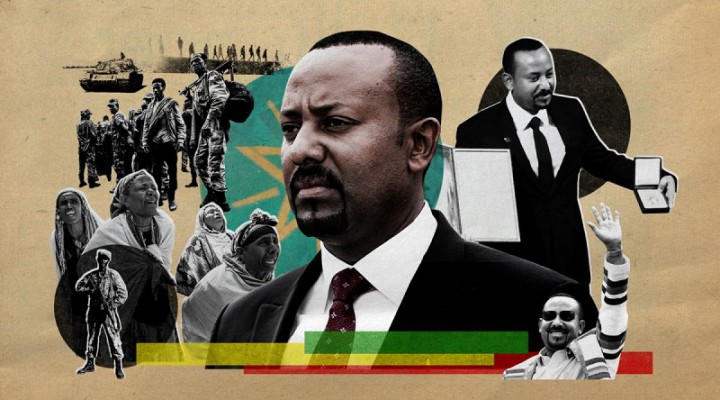 Prime Minister Abiy’s open letter to Biden should be seen as a powerful move in support of anti-imperialism, international law, and national sovereignty.

Ethiopian Prime Minister Abiy Ahmed published an open letter to US President Joe Biden last week appealing to him to support his country’s staunch ally in its ongoing anti-terrorist campaign. Addis Ababa nowadays regards the formerly most influential faction of its ruling coalition, the Tigray People’s Liberation Front (TPLF), as a terrorist group after it attacked government forces in its eponymous northern region last November.

The TPLF is no longer part of the government after having quit it to protest Prime Minister Abiy’s far-reaching socio-political reforms. The group also claims that he illegitimately extended his rule late last year by postponing planned elections under the pretext of containing COVID-19 despite his newly formed Prosperity Party later winning them earlier this year.

Ethiopia has been in a state of conflict since November that some observers have described as a civil war despite the government considering it to be a regional anti-terrorist operation. Whatever one wants to call it, it’s clear that the US, most of the West, some of the global organizations under their influence, and a few Arab countries such as Egypt have taken the TPLF’s side to varying extents.

This manifests itself through political support to their cause, including by demanding talks between the two warring parties which scandalously implies legal-moral equivalence between them, as well as sanctions. That coalition of foreign forces justifies its meddling as being based on humanitarian motivations. Addis Ababa is concerned that the TPLF is actually being used as a proxy for dividing and ruling this cosmopolitan country.

In particular, some Ethiopian analysts suspect that Egypt is playing a leading role in this destabilization campaign in order to undermine their country’s Grand Ethiopian Renaissance Dam project that’s been met with fierce opposition from that Arab country and their shared Sudanese neighbor. A more broader school of thought is that the West just doesn’t want to see a prosperous, diverse African country rise as a regional power.

Regardless of the strategic motivations behind their meddling, it’s undeniable that foreign forces have supported the TPLF against Ethiopia’s internationally recognized government. The US is the most globally influential among them and could therefore stop this campaign if it had the political will to do so, but Prime Minister Abiy believes that some of its policymakers are under the TPLF’s influence and that of its lobbyists.

He aired out the entirety of his concerns in the open letter that he wrote to Biden, which deserves to be read in full by all interested observers. It’s very powerful because he convincingly articulated the reasons why his government regards the TPLF as terrorists, explained why the US should support its historical anti-terrorist ally’s operations against them, and exposed the double standards driving Washington’s policies against his country.

Even those who haven’t closely followed this conflict might still be impressed at how the Ethiopian leader drew attention to the TPLF’s devious employment of victimization rhetoric to legitimize the group’s cause, its attendant appeal to humanitarian concerns, and the effectiveness with which it’s secured Western support. This modus operandi had previously been experimented with in Syria and is now being applied against Ethiopia.

The very close similarities between Ethiopia’s incipient Hybrid War sequence and the precedent most infamously pioneered in Syria strongly suggests that the US is also behind this latest African conflict after it’s well known that it orchestrated that West Asian one. It’s unclear why it’s waging this Hybrid War on Ethiopia though, with theories abounding but no conclusive explanation having yet to emerge.

This confusion explains why Prime Minister Abiy sought to appeal to President Biden through a variety of angles in the hopes of influencing the US’ chief decision maker to call off this campaign. It’s especially relevant that he spoke about the sway that the TPLF and its lobbyists have over some American decision makers since it suggests that the Ethiopian leader believes that there’s still hope left to counteract it and reverse this policy.

It also suggests that his government doesn’t think that the entirety of the US’ permanent military, intelligence, and diplomatic bureaucracies (“deep state”) is in support of this either. Some dissent presumably exists since it’s certain that at least a few of those forces appreciate Ethiopia’s prior support of the US’ anti-terrorist aims in Somalia, laud its prior balancing act vis-a-vis China and the GCC, and know how bad it looks to backstab an ally.

The pressure that they’re putting the country under through their Hybrid War on Ethiopia is pushing the East African giant further into the arms of the US’ Chinese and Russian rivals. In other words, the humanitarian pretexts being used to justify this campaign are resulting in geopolitically counterproductive outcomes from the perspective of American grand strategy, something that Biden and his team should be aware of.

Of course, astute observers of American foreign policy probably already realize that the incumbent US leader is little more than a figurehead who represents shadowy “deep state” forces so appealing directly to him likely won’t change anything. Nevertheless, the importance of Prime Minister Abiy’s open letter is that it generated international attention and thus enabled the world to become more aware of Ethiopia’s position.

It’s also significant that Prime Minister Abiy exposed American hypocrisy and described the Hybrid War that his country is presently suffering from as a colonial mutation. His claim that certain policymakers are operating under foreign influence at the implied expense of the US’ objective national interests sheds light on the actual workings of US foreign policy that are rarely discussed in public, let alone by the leader of a US-allied nation.

Prime Minister Abiy’s appeal to America can therefore be interpreted as a hint the his country might be about to push back more confidently against its (now-former?) ally’s Hybrid War campaign if it doesn’t soon stop. This could take the form of more detailed accusations against the US as well as a more dramatic recalibration of Ethiopia’s foreign policy towards China and Russia.

Of course, should those developments come to pass, the US would then double down on the Hybrid War on Ethiopia by perversely claiming that those moves were “unprovoked” and accordingly represent a so-called “threat” to American interests. That would in turn result in another manufactured justification for continuing this campaign on top of the already manipulated humanitarian one.

Whatever ends up happening, it’s clear that Ethiopia finally feels confident enough to call out the US’ Hybrid War against it. This sets an excellent example for other Global South nations to follow if they too become victims of such campaigns in the coming future. Prime Minister Abiy’s open letter to Biden should therefore be seen as a powerful move in support of anti-imperialism, international law, and national sovereignty.

Andrew Korybko is a Moscow-based American political analyst specializing in the relationship between the US strategy in Afro-Eurasia, China’s Belt & Road global vision of New Silk Road connectivity, and Hybrid Warfare. 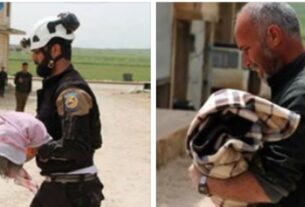 Before the Taliban took Afghanistan, it took the internet

SNUBBED BY TRUMP: Africa Remains On Backburner In 8 Months Of Biden Presidency