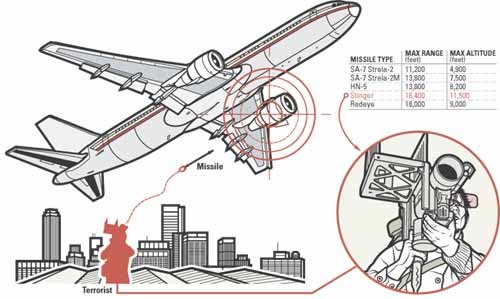 It gives even field-hardened terrorism experts the willies: bad guys launching shoulder-fired missiles at jetliners, killing hundreds and grounding air traffic. In 2002, terrorists unsuccessfully tried to shoot down an Israeli jet over Kenya using a Man-Portable Air Defense System, or Manpads. In 2003, US authorities arrested smugglers attempting to sell missiles to terrorists in New Jersey. The Department of Homeland Security’s response: budgeting $60 million (up from only $2 million in 2003) for R&D to defend America’s 6,800 commercial planes. This year may see the first prototype defense systems – a step toward equipping the Delta shuttle with the kind of technology that kept Harrison Ford aloft in Air Force One.

THE THREAT Popular shoulder-fired missiles include the Soviet SA-7, the Chinese HN-5, and the American Redeye and Stinger. Most of the 150,000 weapons thought to be in terrorists’ hands are ’70s or ’80s models that use infrared systems to home in on the heat of a jet engine. The shooter (see illustration above) sets his sights on a plane, waits for a tone that signals an IR lock, and pulls the trigger. Even old missiles can strike as high as 15,000 feet.

The Good News: Some experts believe that the missiles terrorists have are unreliable and can be thwarted with newer technologies. Some big jets have survived missile attacks: In November, a DHL Airbus A300 was struck while taking off from Baghdad yet landed safely. In 1984, an Angolan Airlines flight carrying 130 passengers was hit and landed without any fatalities.

DEFENSE #1: AVOIDANCE A fighter jet can try to shake an incoming missile; a commercial plane must limit its time in the “kill zone.” Today, planes are exposed for 30 miles after takeoff and 50 miles before landing; quicker, higher-powered climbs and steeper spiral descents would help. So would varying flight paths so terrorists can’t plan.

The Bad News: Faster ups and downs use more fuel, stress the planes, and could create a run on barf bags. Random flight patterns are tough on air traffic controllers – and neighborhoods under the planes.https://e33f720e1037055262bbb8db4b391b16.safeframe.googlesyndication.com/safeframe/1-0-38/html/container.html?n=0

DEFENSE #3: GROUND SECURITY Whether or not aircraft get geeked up, experts say better ground security will be key. Tighter perimeters can limit terrorist access to launch spots; waterfront airports like New York’s La Guardia have already begun scrutinizing boaters and declaring some nearby areas off-limits.

The Bad News: Terrorists could be miles from an airport – perhaps on a rooftop in Brooklyn – and still get a decent shot. Plus, beefing up security stateside offers US planes no protection overseas. 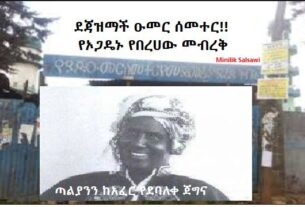