The  US-China power rivalry reminds tensions between the US and the Soviet bloc during the Cold War years. Back then, African countries were positioned like pawns on a grand chessboard. Its progress was hampered because african nations expended energy aligning themselves with either of the superpowers in the battle for world supremacy between communism and capitalism.

Under the rising geopolitical tensions between the US and China, African countries may find themselves repeating the same mistakes unless the leaders consciously design strategies so as to manage the ongoing superpower tensions to their advantage.

It is time for African nations to work more collaboratively, Should be well prepared, Handle the US-China battle on pragmatic Way, better to avoid to take sides and Ideology.

Africa Should not repeat the same mistakes of the Cold War Era.

The Future is For Africa

US connives with terrorists for self-interest 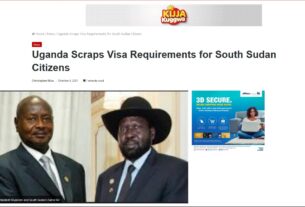