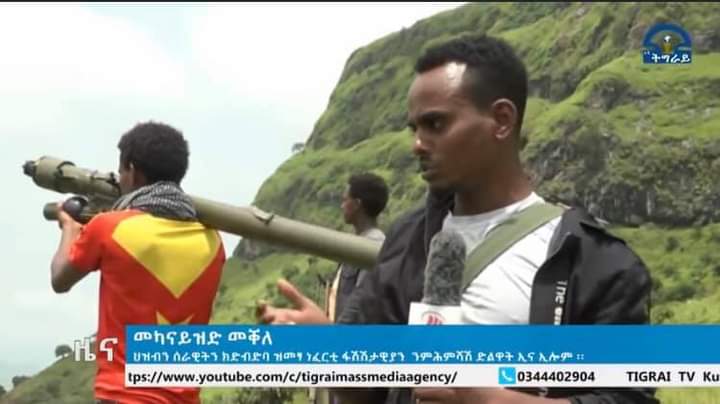 T SHOULD HAVE BEEN A ROUTINE
departure from Moi International Airport in Mombasa,
Kenya. But on November 28, 2002, an Israeli airliner came close to disaster. As the aircraft took
off, passengers and crew heard a boom and saw two white vapor trails to the left of the plane. The Arkia
Airlines Boeing 757–300 narrowly escaped being shot down by two SA7 a.k.a. “Grail”) shoulder-launched
anti-aircraft missiles. These missile systems—Man-Portable Air Defense Systems, or Manpads—fire missiles designed to hit low-flying aircraft.
Responsibility for the Mombasa attack was claimed by the shadowy “Government of Universal Palestine
in Exile: The Army of Palestine.”
However, security experts pointed their fingers at Al Qaeda, and at Afghanistan, where these weapons
are known to be in plentiful supply.
The Arkia case is not isolated. The
International Civil Aviation Organization
reckons that 27 civilian fixedwing
aircraft have been destroyed to
date using shoulder-launched missiles.
In one of the most notorious incidents,
a Falcon-50 aircraft, carrying
Juvenal Habyarimana, the president
of Rwanda, and Cyprien Ntaryamira,
the president of Burundi, was
downed in April 1994. The event
helped spark Rwanda’s bloody civil
war.
Israeli intelligence sources have estimated
that as many as 500,000
Manpads have been built worldwide.
It is impossible to gain an exact figure
on how many are in service with
armed forces around the world, but
the armies of NATO, Russia, India,
Pakistan, China, France, and Taiwan
are all equipped with them.
There are several reasons why terrorists
are attracted to shoulderlaunched
missiles. The U.S. Raytheon
FIM-92A, or “Stinger,” can hit targets
traveling at altitudes of 3,000–
26,000 feet. The Russian SA-7 can
hit targets traveling at 1,600–16,000
feet. And the missiles can be fired
some distance from the prying eyes
of airport security staff. The attack in
Kenya was launched a thousand
yards from the airport. Although the
“best used before” dates on these
missile systems are sometimes short
(Stingers are thought to have a shelf
life of 10 years due to the degradation
of their propellant), technically
gifted terrorist organizations may be
able to replace worn-out components
with homemade parts.
THE MOST FAMOUS SYSTEM, THE STINGer,
was supplied to the Afghan Mujahideen
by the CIA in the 1980s,
following the Soviet invasion of
Afghanistan in 1979.
It is difficult to know how many
missiles and launchers were supplied
to the guerrillas. Estimates range between
400–900 missiles. When the
CIA launched a scheme to buy back
unused missiles after the Soviet withdrawal
in 1989, the Mujahideen
were reluctant sellers. Although the
agency offered $30,000 apiece, only
about 70 were returned. It is thought
that today around 100 Stingers remain
in Afghanistan.
In December 2002, troops from
the International Security Assistance
Force (ISAF) were offered some
Stinger missiles by local arms dealers
for $250,000 each. And it is not just
Stingers that have turned up. A year
ago, U.S. troops seized HN-5 missiles
(a Chinese version of the SA-7).
Osama bin Laden’s bodyguards are
thought to surround him with a phalanx
of such weapons, protecting
their boss from air attack. In March
2002, Abu Zubaydah, an alleged
high-ranking Al Qaeda operative, reportedly
admitted that his organization
has such missiles. Questioning of
bin Laden’s alleged chief of

operaStions, Khalid Shaikh Mohammed, following his arrest in Pakistan in March, may yield more information on the organization’s inventory.

The SA-7 or some variant is being
made under license in countries like
China, Egypt, North Korea, and
Yugoslavia. SA-7s can be bought for
$5,000 per unit. The December 4,
2002 Jane’s Defence Weekly estimated that “several thousand” are
in circulation. SA-7s can be found
all over the world. Hizbollah is believed
to have acquired some, and
on May 8, 2001, Israeli authorities
confiscated four SA-7s being smuggled on the Lebanese-flagged ship Santorini. Hizbollah is also thought to have acquired Stingers from the Mujahideen, as well as some Chinese Qianwei/QW-1 Advanced
Guard missiles, the origins of which
are unknown.
Shipments to terrorist groups take
place in a murky underworld that is
difficult to penetrate, where transfers
fall below the usual international accounting methods for state-to-state
military sales. For instance, Sri
Lanka’s Tamil Tigers are thought to
have SA-7s, SA-14s, and Chinese
HN-5/SA-7s. They may also have acquired Stingers from the Greek
November 17 guerrilla movement
and the Kurdish Worker’s Party.

SOME ATTACKS ARE FALSELY ATTRIBUTed to shoulder-launched missiles.
Rocket-propelled grenades, with a
range of 984 feet (300 meters) can do
just as much damage to low-flying
aircraft—witness the destruction of a
U.S. Black Hawk helicopter in Somalia
in October 1993. But incidents involving those weapons are often reported as Manpads attacks, making
it difficult to verify exactly how often
the latter are used. And the proliferation of shoulderlaunched missiles may not be as dire as it appears. It’s not easy to use one of these missiles to down a civilian airliner. Although they are often called “fire and forget” weapons—
one points at the target, pulls the
trigger, and the missile does the
rest—the reality is more complex.
Chris Bishop, a military expert and
writer, points out that with the
British “Blowpipe,” the operator
must continue to track the target
while directing the rocket.

Although more modern weapons
have infrared “seekers” to track the
aircraft, Bishop argues that they are
also “difficult to use, and few terrorists
have sufficient training.” The CIA is thought to have experienced considerable problems in teaching
the Afghan Mujahideen—many of
whom were illiterate—to use the
Stinger. Moreover, the operator must
take ground clutter into account.
“You mustn’t fire too close to the
ground, in case the missile gets seduced away by the sun or ground
heat,” says Bishop. During the war
in Afghanistan, heat-seeking SA-7s,
also covertly supplied to the Mujahideen by the United States via
Egypt, had a habit of flying toward
the sun rather than toward the target’s
exhaust.

THE SPEED OF AN AIRLINER DURING
takeoff limits the operator’s opportunities. Or as one aviation expert says, “These missiles tend to be a one-shot thing.” Even if the missile hits an engine, there is no guarantee that the airliner will be destroyed: “You’d need a lucky shot that hit an enginehand then caused a big fire.” Themodernization, “high-bypass” engines fitted on airliners produce less heat than those on military aircraft, and the missiles tend to be tuned to the heat signatures of high-temperature military engines.

The steps airlines can take to minimize the risk are limited. An airline
pilot cannot make the tight twists
and turns to evade a missile that are
routine for more agile fighter aircraft.
Even if an airliner were fitted with high-temperature flares to fool a heat-seeking missile, the crew would
need to know that they were under
attack before launching the flares. A
missile-warning system could be installed in the cockpit, but that could
be expensive.
Another option might be to install
the electronic countermeasures that
military aircraft use to confuse incoming missiles. The Matador system is fitted to some business jets and VIP airliners, but at $5.5 million per set, the equipment is not cheap. For example, it would cost British Airways $1.75 billion to fit the system
across its entire fleet.

The International Air Transport Association regards such costs as prohibitive. The U.S. Air Transport Association has commented that installation would be possible, but only if the taxpayer foots the bill.
In December 2002, in the wake of
the Mombasa attack, Israeli Defense
Minister Shaul Mofaz recommended
allocating $40 million to equip Israeli
airliners with missile-defense systems.
Two Israeli firms, Rafael and Elta,
are planning to develop a system for
civilian aircraft at an estimated cost
of $1.5 million per unit. There has
been speculation for some time that
some Israeli airliners may already be
fitted with such a system.

The costs of hardening airliners
against shoulder-launched missiles
could be prohibitively expensive for
most airlines, and any recommendation will have to be added to a long list of other security enhancements recommended since the 9/11 attacks, such as armored cockpit doors and improved airport security. As for what enhancements should take priority, there have been fewer than 30 missile incidents involving civilian aircraft, but 1,014 attempted airliner hijackings since 1947. And while uncertainty
persists over the threat, it may be difficult for governments to
force a more proactive approach to
the problem.
Thomas Withington is an independent
defense analyst and a research associate at the Centre for Defence Studies at King’s College London.

May/June 2003 Bulletin of the Atomic Scientists 17 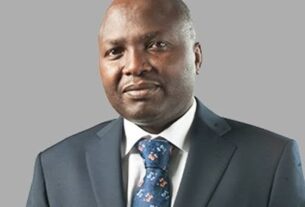 A glimpse at Donald B. Kipkorir 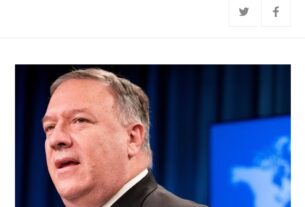