Facebook acquired a company called Crowdtangle in 2016; it makes a social media analytics tool that the press has used to monitor subject-matter trends on Facebook, especially in the runup to the 2020 elections.

Crowdtangle had operated as a semiautonomous unit within Facebook, primarily used by media companies to track the social media performance of their stories. A turning point came when the NY Times’s Kevin Roose figured out how to rank posts that included links to the real web.

Roose’s research revealed that far-right cranks like Ben Shapiro and Sean Hannity were dominating Facebook’s news ecosystem. These reports were most unwelcome within Facebook leadership, whose internal communications were leaked to Roose.

These leaks reveal the anxieties of top Facebook leaders — including Nick Clegg, the former UK Deputy PM who sold out his supporters, created the conditions for Brexit, and then landed a cushy, 4-million-per-year job as head of FB’s “global affairs.”

These leaders worried that objective data about Facebook users’ “engagement” would validate suspicions that the service was a far-right echo-chamber whose US users were trending to ageing conservatives, a group that advertisers are lukewarm on.

Facebook’s leaders debated what to do about this and ultimately decided to neuter Crowdtangle, replacing it with selective disclosures that put the service in a better light, choosing among several other metrics (like reach) to characterize the discourse on the platform.

Publicly, Facebook says it’s not killing Crowdtangle, but rather, integrating it into an “integrity team” — minus its leadership (on “vacation” with no defined role at the company) and key personnel (who are being scattered to other parts of the business).

Facebook’s attack on Crowdtangle is significant, especially in light of its sustained assault on independent accountability and transparency tools like Ad Observer, a project from NYU’s engineering school.

Ad Observer tracks paid political disinformation on the platform. Its users volunteer to install a free/open browser extension that captures the ads Facebook serves to them. These are flensed of any private information and uploaded to Ad Observatory, a public repository.

Accountability journalists and researchers use Ad Observatory to track whether Facebook is living up to its public promises to limit paid political disinformation. The project has documented many failures to uphold those promises.

In its smear campaign against Ad Observer, Facebook has insisted that the project is both dangerous (Facebook falsely claims it captures private information) and redundant, because Facebook maintains its own ad repository for researchers.

But Ad Observer has already caught multiple instances of paid political disinformation that was not included in Facebook’s repository.

Facebook has proven that it cannot be trusted to honestly reflect its own practices in its transparency efforts.

As Crowdtangle enters a decline — leadership sidelined, engineers scattered — we should interpret Facebook’s promises to replace it with its own “accountability” tools, run by the leadership faction that decried Roose’s top-10 list, in light of the Ad Observer fiasco.

After all, these leaders insisted that the problem with Roose’s list is that it measured “engagement” and not “reach” — but when the company produced its own internal “reach”-based leaderboards, they looked much the same as the “engagement” ones.

Roose agrees with FB leaders in that Facebook isn’t merely a far-right echo chamber (he says that it contains such a chamber, but that’s not the whole story). But there’s one way in which FB is firmly Trumpian: its insistence on “alternative facts.”

Trump is a bullshitter, raised in the “positive thinking” church of Norman Vincent Peale, whose gospel dictated that you could manifest new realities by insisting that they were already here — “fake it till you make it” (AKA “gaslighting”).

This ideology — call it gaslightism — is the fantasy that powerful people can warp reality simply by declaring it to be something else (think of the GWB official who sneered at the “reality-based community” and its skepticism over war in Iraq).

It’s a common trait among wealthy narcissists. Elon Musk insists that the laws of physics will bend to his satellite internet network and allow for multiple universes’ worth of electromagnetic signalling.

He’s sure that the laws of geometry will bend to his tunnels and somehow relieve traffic congestion by adding private vehicles; that he will make massive leaps in computer science and create safe autonomous vehicles.

Trump’s insistence the virus would “disappear…like a miracle” was just the latest installment in a long history of bullshitting (“positive thinking”), including things like pretending to be his own publicist, boasting to journos about his prowess.

Facebook’s desire to “control the narrative” is part of this intellectual tradition, and it’s hardly the first time the company has done it.

Early in the company’s history, Zuckerberg defended his “real names” policy by saying that anyone who objected was “two-faced.”

It’s hard to overstate how deranged this is: surely Zuckerberg presents a different facet of his identity to his spouse, his kids, his shareholders, his co-workers and the press. It’s not “two faced” to talk to your boss differently from how you talk to your lover.

However, by forcing billions of Facebook users to confine themselves to a single identity, Zuckerberg does make it easier to target them with ads. This “two-faced” business is just an attempt to will a radical, sociopathic norm into existence.

This attitude permeates Facebook’s corporate conduct: remember the “pivot to video?” Facebook wanted to compete with Youtube — the number two supplier of display advertising, after FB itself — so it declared that videos were very popular on Facebook.

Not that videos would be popular — they were already popular. The company told its media and ad partners that they were missing out on a gold-rush because FB users loved watching FB videos.

Media companies literally laid off their newsrooms in order to hire video production teams based on this intelligence. The entire media- and ad-ecosystem reoriented itself around Facebook’s market intelligence.

There was just one problem. Facebook was lying. FB users weren’t watching its videos, and Facebook knew it. The company was just betting that if it convinced media companies to spend billions making videos, its users would watch them.

This fraud devastated the media world, first by triggering waves of layoffs of experienced journalists to make way for young video producers, then by killing or hobbling their employers and triggering another wave of mass layoffs.

Zuckerberg knows it’s not “two-faced” to show different parts of yourself to different people. Facebook knew that no one was watching FB videos. They were just betting that they could fake it until they made it — the core tenet of gaslightism.

The Crowdtangle affair is more of the same. Facebook’s US market is dominated by furious, old conservatives. The company knows it — but they also know that if they admit it, people who don’t match that description will be less likely to stay on its platform.

They know that advertisers don’t pay much to reach that audience. They know that an aging user-base will dwindle over time unless there’s a cohort coming in behind it. They think that if they suppress the true nature of their business, the nature will change.

Gaslightism is what Exxon embraced half a century ago, when it suppressed its own scientists’ conclusions that its product would render our planet unfit for human habitation. They were betting that if they just kept the news quiet, something might come up that changed it. #ExxonKnew

The wealthy and powerful have always practiced gaslightism (hence folktales like “The Emperor’s New Clothes”).

Mark Zuckerberg is not an evil supergenius. He’s not a supergenius, or any kind of genius. He’s just an everyday mediocrity like you or me, someone who talked himself into thinking that he should be the czar of 3 billion lives.

The problem of concentrated, unaccountable, autocratic power isn’t evil supergeniuses. The problem is people no better or worse than you or me, indulging their worst impulses with no one to call bullshit on them.

Nerfing Crowdtangle and attacking Ad Obverser are just ways for Facebook to preventing journalists from calling bullshit on it — a way to further secede from the reality-based community. It’s pure gaslightism.

Cory Doctorow (craphound.com) is a science fiction author, activist, and blogger. He has a podcast, a newsletter, a Twitter feed, a Mastodon feed, and a Tumblr feed. He was born in Canada, became a British citizen and now lives in Burbank, California. His latest nonfiction book is How to Destroy Surveillance Capitalism. His latest novel for adults is Attack Surface. His latest short story collection is Radicalized. His latest picture book is Poesy the Monster Slayer. His latest YA novel is Pirate Cinema. His latest graphic novel is In Real Life. His forthcoming books include The Shakedown (with Rebecca Giblin), a book about artistic labor market and excessive buyer power; Red Team Blues, a noir thriller about cryptocurrency, corruption and money-laundering; and The Lost Cause, a utopian post-GND novel about truth and reconciliation with white nationalist militias.

Changing the Conversation about Technology: A Teenager’s At 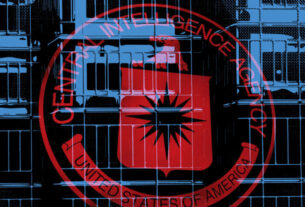 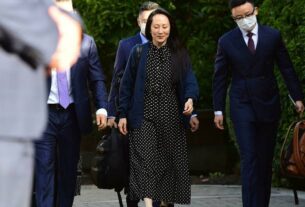 Huawei’s Meng returns to China after striking deal with U.S 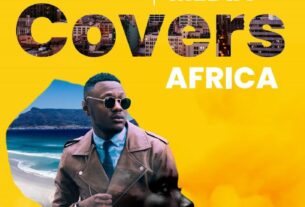