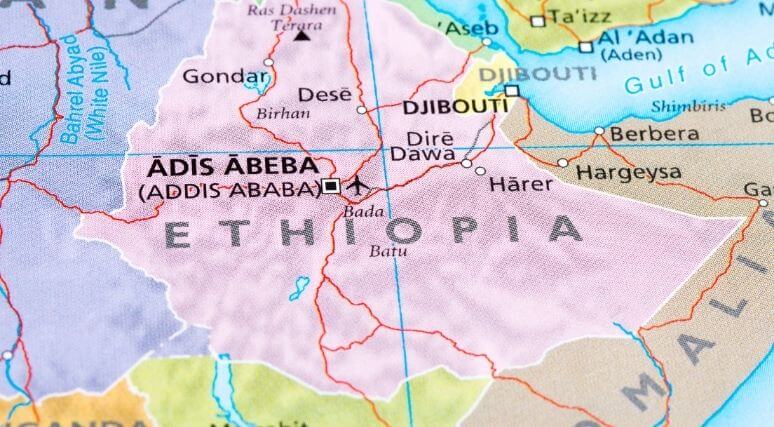 We should not underestimate the potential and lasting damage generated by the selective and illiberal application of so-called “Western values” in Africa, write Ann Fitz-Gerald and Hugh Segal.

In recent days, Ethiopian Prime Minister Abiy Ahmed was sworn in and parliament approved his newly elected government’s cabinet, even as his country’s forces continue to fight an armed insurgency in the geo-strategically significant Horn of Africa region.

Ethiopia has faced a long violent conflict in the northern region of Tigray, initially triggered by an unprovoked attack on the country’s federal forces located in a northern base that saw the slaughter of thousands of troops.  If such an attack took place in the West, would any country have refrained from a suitably robust military response?

This is not the sequel Abiy would have envisioned for the first three years of his relatively constructive and internationally praised premiership. His successful peace negotiations with Eritrea were deeply problematic for the more extreme-militant TPLF leadership, who could not remain quiet in the face of Abiy’s successful conciliatory negotiations with Isaias Afwerki, the leader of Eritrea and nemesis of the TPLF leadership.

A recently leaked and published TPLF strategy, reportedly retrieved from the offices of the TPLF leadership in Mekelle, had laid out plans for the unprovoked attacks. The TPLF’s worldwide digital and media engagement, savvy and well-resourced, would also be deployed in support of its violent terrorist operations on the ground. The TPLF posed a complex conventional and cyber threat, on a scale that any developing and democratic sovereign state required international support to deter and manage.

Instead, however, the Abiy government suffered from a lack of international support and the absence of a focused investigative evidence-based analysis on the ground. As a result, Ethiopia has experienced an unnecessary conflict and humanitarian crisis that has cost countless levels of pain and suffering in an impoverished country that was on its way towards positive change.

The international community must confront the impact of what it did not do, as opposed to what it did do. International humanitarian partners continue to undertake very laudable efforts to bring aid to Tigrayan communities, many of which have long been reliant on food aid under TPLF rule for years. But, despite the reams of credible evidence, the global silence on the TPLF’s use of child soldiers, their deliberate attacks and targeting of internally displaced persons, their misuse of humanitarian aid supplies, and the disappearance of 428 UN flat-bed aid trucks without subsequent investigations exposes serious issues that remain unaddressed. Equally problematic is the international community’s treatment of the TPLF and Ethiopian government as equals.

Some of these issues were raised in this week’s UN Security Council meeting, which discussed Ethiopia’s decision to expel seven UN officials from humanitarian agencies from the country. The meeting was an unprecedented measure pushed by some UNSC members. Yet the UNSC had never officially pronounced on the decisions of other national governments concerning UN agency guests in their country.  This measure builds on the UNSC’s decision to discuss Ethiopia’s national water infrastructure development project. Notably, some member states have responded by calling on the UNSC to leave such issues to the host nation and its African neighbours to resolve.

By questioning whether a democratic government’s laws have been upheld or ignoring how child soldiers and displaced persons have been treated in Ethiopia compared to other countries, even in other parts of the same region, an unpalatable form of double standards has been exposed. This goes against the very global humanitarian and neutral values that the UN as an organization should be upholding.

The UN Secretary General has claimed that Ethiopia’s expulsion of UN staff members was an illegal move, pointing out that the UN as an international organization should not be treated in the same manner as a nation state under Article 9 of the Vienna Convention on Diplomatic Relations.  Meanwhile, internal sources have turned to others to communicate their concern over corruption of UN operations in Tigray. Only an in-depth and independent investigation into these issues, and supporting evidence provided by the Ethiopian government, will bring clarity to this situation.

Yesterday’s UNSC meeting also demonstrated the extent to which global leaders are now polarized in their views on what’s happening in Ethiopia. Why this has happened remains a question that only those who know the country well and who worked there for years might understand.

The international community needs to be particularly careful in how it analyses conflicts, especially when confronting prolific and polarized digitalized terrorist-inspired narratives. While rightly prioritizing diverse viewpoints, there seems to be a lack of connection between facts and information that should be informing the analysis. Critics of the Ethiopian government might rightly point out shortcomings in how it might have dealt with the insurgency, for instance. However, they often do not put the same weight on the terrible violence of the TPLF insurgency or the challenges facing the government that make its response more understandable and legitimate. The end result is that the analysis often treats the government as co-equal to a terrorist group.

In some respects, the polarization of the narratives surrounding the Tigray conflict resembles nothing so much as two completely separate radar screens examining the same phenomena, in which hits and clusters on one radar screen are simply not filtered as relevant information to the other. Readers then face the difficult task of assessing what they can from the conflict, often reverting to polarized narratives that seek to blame one side while entirely excusing the other. What has been learned from the experience, however, is that positions taken by some towards Ethiopia over the past 10 months, informed by this disconnect, often amounts to a “both-sides-ism” approach that blames both sides equally. Such inchoate foreign policy postures remain unconstructive.

The international community’s perceived, and perhaps inadvertent, tolerance for the violent TPLF-led insurgent leaders isolated the legitimate Abiy democratic government and only emboldened the insurgency. It also influenced the global media and policy narrative on the conflict, which proved very difficult to change.

This is particularly the case for the US policy response – specifically, its threat of harsh sanctions on a poor country’s government based on their unwillingness to negotiate with a terrorist insurgency group.  The experience has also reignited feelings of distrust and resentment towards the West, not only within Ethiopia’s domestic population that exceeds 100 million people, but also across the very sizeable global Ethiopian and sub-Saharan Africa diaspora community.

These emerging views have the potential to isolate long-standing allies and partners in Africa. This also comes at a time when the world requires productive partnerships to reinforce resilient supply chains, address climate change, and demonstrate our commitment towards global justice.  Ethiopia’s experience, sustained even in the aftermath of the Afghanistan debacle, is fast raising concerns in Africa regarding the West’s broader interests in the continent in the future.

With China’s existing trade and investment presence only deepening, Kenya’s interest in African-led problem-solving now echoing through multilateral chambers, and Russia, Turkey and India’s enhanced voices on state sovereignty dividing both UNSC and NATO partners, we should not underestimate the potential and lasting damage generated by the selective and illiberal application of so-called “Western values” in Africa.

The West should not be concerned with the Ethiopian people’s readiness to hold the new government to account.  The country’s enhanced national resilience, driven by the society-wide defence of its sovereignty and integrity, leave Ethiopians more than ready to do this.  Instead, the West must reflect on and learn from a multitude of lessons from this almost year-long bloody conflict and prolonged humanitarian crisis in northern Ethiopia. Failure to do so risks encouraging new global fractures that will be unhelpful to both the developed and developing worlds alike.

Ann Fitz-Gerald is the Director of the Balsillie School of International Affairs and a Professor of International Security at Wilfrid Laurier University’s Political Science Department.  She is also a senior research associate with the Royal United Services Institute.

Hugh Segal is a Mathews Fellow in Global Public Policy at Queen’s University, Senior Advisor at Aird & Berlis and former chair of the Special Senate Committee on Anti-Terrorism.

the Pentagon Leaned on Hollywood to Sell the War in Afghanistan 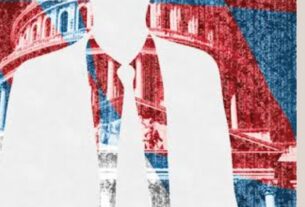