This post will present over 100 screen-captured Facebook images that have been cached from the Facebook accounts of one dozen White Helmet members and will highlight the fact that these White Helmets post images to their own Facebook accounts that are in support of the FSA and various designated terrorist groups, including al-Nusra Front, Nour al -Zinki (child beheaders), al-Qaeda, and others.

This gathering of images was conducted by utilizing the Facebook “Friends” feature directly from the account of Majd Khalaf who is one of the lead propaganda disseminators for the White Helmet group on Twitter. Each of his Facebook White Helmet ‘friends’ leads to another ‘friend’, and so forth, thus making it quite easy to utilize his Facebook page as a reference point (hub) and branch out from there going through hundreds of White Helmets Facebook pages. In this case, I decided to highlight a dozen accounts to provide an example of White Helmet terrorist connections. I encourage other researchers to do the same so that an even larger body of evidence can be ascertained for future reference. Each image includes the name of the White Helmet poster in the right hand corner and thus each subsequent image utilizing the same name shows what that particular White Helmet/FSA terrorist decided to post up on their page. Thus, establishing their likes, links, proclivities and admiration for terrorist related activities. The online addresses of the Facebook accounts which were examined are included at the bottom of this post for further reference.

Note also: Facebook appears to not monitor these terrorist accounts and I have personally noticed that many atrocities are being uploaded to these accounts, including beheadings. Proof of such is at the following CoS link:

Ironically, people in the US and Europe are being censored by Facebook for posting news articles that are being designated by Facebook and its associated ‘fact-checkers’ as ‘fake news’. This blatant hypocrisy on the part of Facebook is absolutely pathetic, immoral and disgusting.

These are the images Facebook and western governments seem to approve of, and choose not to even investigate…….one has to wonder why.

Note that in the image directly above, Mohamed Salom Alabd states that he killed the Syrian army officer in the photo.

Video directly above of Tapestry of Terror has been censored by You Tube’s thought controllers. Another link to the same video is available here:https://www.youtube.com/embed/J5ivyaEm7Oo?version=3&rel=1&showsearch=0&showinfo=1&iv_load_policy=1&fs=1&hl=en&autohide=2&wmode=transparent

These two particular individuals are notable due to the fact that it was they who provided the initial media information on the April 4, 2017 chemical weapons massacre (false flag attack) at Idlib.

Video’s and screens shots proving their roles in the event are provided below. 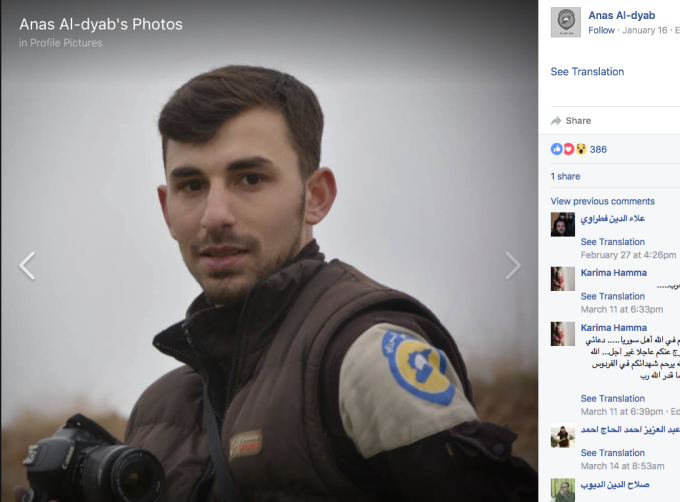 #Whitehelmets who reported sarin gas attack to MSM linked to al-Nusra terrorists through their own Facebook posts https://t.co/S9V55xecFE pic.twitter.com/1Tr5gX5T5u 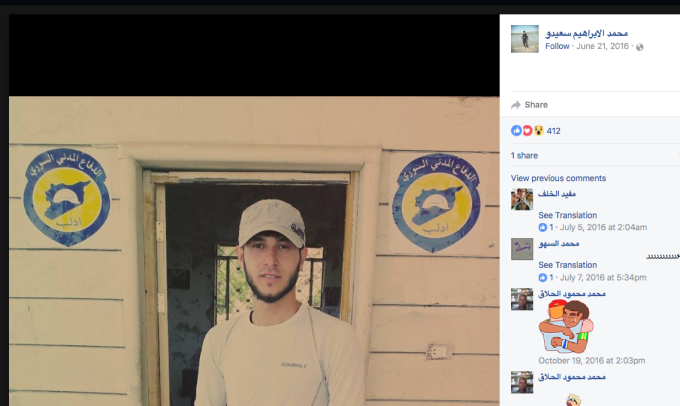 The following photos are from the Facebook page of Abdul Hamid Sallat who is another lead propaganda disseminator for the White Helmets who works directly for Orient News in Qatar providing information for the Gulf State region. He has dozens of images at his page proving him to be a terrorist in collusion with the al-Nusra Front (al-Qaeda in Syria). The 2nd image highlights that he also works with Turkish organizations

The following images taken from Abdul Hamid Sallat’s Facebook page features one of the Nour al-Zinki terrorists that beheaded 12 year old Abdullah Issa in the back of truck in July 2016. This individual is also featured in the “Tapestry of Terror” video linked above. 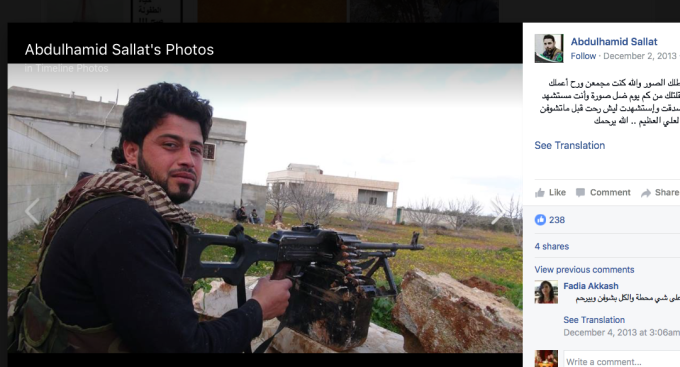 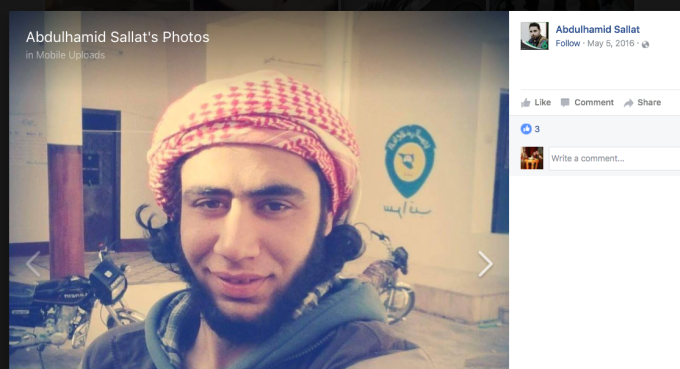 and other terrorist propaganda disseminators such as Hadi Abadallah….

as well as numerous displays of the al-Nusra Front (al-Qaeda in Syria) terrorist flag…..

It is remarkable that western governments and social media giants allow all this terrorist activity to go on unchecked and uninvestigated, but alas, in the New American Century it seems that “up is down and down is up”. The terrorists appear to have been provided an open platform by western governments and institutions to conduct their murderous agenda and run rough shod over humanity.

Links to Facebook pages of the White Helmet terrorists shown above-

For more images of the White Helmet terrorists screen captured from their own Facebook accounts look here: 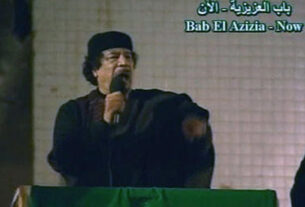 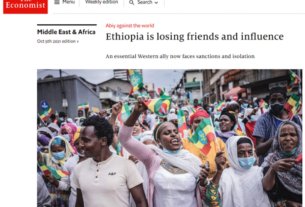 The Economist Is Lying: Ethiopia Is Gaining Friends & Influence, Not Losing Them 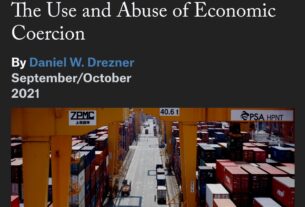