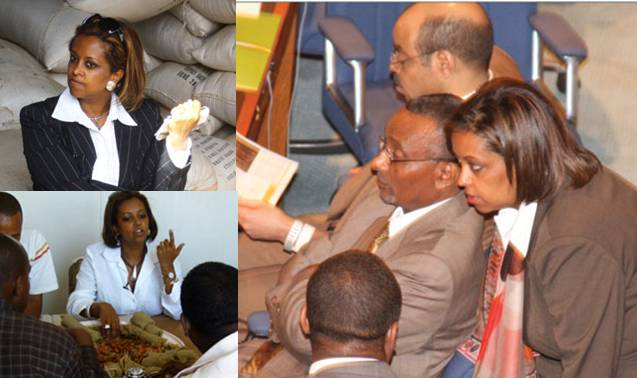 The Ethiopian Federal Ethics and Anti-corruption Commission’s annual report presented to the Parliament in May 2011 added Ethiopia Commodity Exchange (ECX) to the list of institutions whose practices are open for corruption, without disclosing what impelled the Commission to review ECX’s working procedures and practices. [1]  Curiously, what the Commission avoided mentioning is the purported scandal involving an international procurement worth 4,855,800 USD or 84,102,456 Ethiopian Birr, which led the World Bank to cancel the loan it had previously granted. In so doing, the Commission is apparently giving ECX a slap on the wrist for a serious allegation that warrants nothing short of a full and in depth investigation.

In 2009, the International Development Association (IDA) approved the government’s request to funnel part of the money it borrowed for the purpose of financing the Rural Capacity Building project to ECX, and the latter floated an international Invitation for Bids (IFB) Number ECX/ICB/02/2009/01 for the supply, installation, and maintenance of a commodity exchange software. After a lengthy and messy process, ECX eventually awarded the contract to a Sri Lanka based company called Millennium IT. Before the signing of the contract, however, the World Bank rejected the contract award proposal and cancelled the loan due to alleged fraud and corruption during the bidding process.

According to the World Bank’s Guidelines, a proposal for award will be rejected when the Bank determines that the recommended bidder has “engaged in corrupt, fraudulent, collusive, coercive or obstructive practices in competing for the contract in question”. When the Bank determines that the representatives of the Borrower of the loan were engaged in similar corrupt practices during the procurement of the contract, however, the Bank will entirely cancel the portion of the loan allocated to that contract.

The Bank’s decision along with other supporting documents pertaining to the allegation, a copy of which has been examined for this report, were forwarded to the Prime Minister’s office in late December 2010, but  there has been no formal investigation to date.

The Anti-corruption Commission, which is accountable to Prime Minister Meles Zenawi, is discernibly influenced by ruling party politics and mostly known for its notorious travesty in applying the anti-corruption law to punish individuals who are perceived as threats to the tightly knit group of trusted associates or businesses of the ruling party and deride into submission others who are deemed essential. If the government was really serious about fighting corruption, and if the purpose of including ECX in the Commission’s report was truly meant to mitigate corruption, it would have investigated the allegedly fraudulent and corrupt bidding process that led the WB to cancel the loan.

Alleged fraud and corruption at ECX

It may be difficult to know exactly which bidder should have won the contract without a thorough and complete investigation of the bid evaluation, but it is quite apparent from the dossier that the proclaimed winner, Millennium IT, could not have won the award had it not been for an act or omission “that knowingly or recklessly misleads, or attempts to mislead, a party to obtain a financial or other benefit or to avoid an obligation.” [3]

The World Bank’s Guidelines, which ECX was supposed to observe throughout the tender, states that “the Borrower shall award the contract, within the period of the validity of bids, to the bidder who meets the appropriate standards of capability and resources and whose bid has been determined (i) to be substantially responsive to the bidding documents and (ii) to offer the lowest evaluated cost.” [4]

By this standard, Millennium IT’s bid was neither “substantially responsive” nor did it “offer the lowest evaluated cost”.  First, Millennium IT’s bid was not “substantially responsive” as defined in the bid document in that the bid security expiry date was shorter than required. According to sections ITB 17.1 and ITB 18.1 of the bid document, bids  need to be secured by a bid security of ETB 400,000, or the equivalent in a freely convertible currency. The document also stipulates that “a bid security that expires ahead of the 148 days after the date of bid opening shall be rejected as non-responsive.” In other words, since the bid opening date was July 12, 2010, the bid security guarantee should be valid through December 7, 2010. Millennium IT’s bid security was due to expire a month earlier on October 9, 2010, but it somehow emerged out as the declared winner any way.  Second, Millennium IT’s bid price was the highest at USD 3,585,105 at opening. At the conclusion of the evaluation, ECX further bumped up the price to USD 4,855,800 – a mysterious increase of USD 1,270,695.

For a Commission that is guided by Article 403 of the Criminal Code which presumes that “a crime of corruption to have been committed with intent to obtain for oneself or to procure for another an undue advantage or to injure the right or interest of a third person,” based solely on the act and until proven otherwise, ignoring the dossier which contains the details of the transgression is negligent and highly suspicious.[5] At the very least, the email exchanges –  or lack thereof –  between ECX and the bidders reveal a series of blunders and cover up attempts that should alarm the authorities. For example, soon after the award notification awarding the contract to Millennium IT was posted on dgMarket on November 21, 2010, Securities and Trading Technologies (STT) sent the following complaint to Dr. Eleni Gabre-Madhin, Chief Executive Officer, and Solomon Edossa, Chief Information Officer:

I have a complaint regarding your tender award, the first is the amount specified in the award under STT is incorrect, STT put in a bid of $ 2 million and not $ 20 million. (see your sheet from tender opening)

Secondly I would like to know how Millennium received the award when in fact they should have been disqualified on the fact that the guarantee validity did not meet the RFP requirement as set down by the World Bank. (see your sheet from tender opening)

I look forward to your response.

ECX did not respond or extend the courtesy of acknowledging receipt of the complaint. Instead, alerted by STT’s email of what appears to be an oversight, ECX removed the award notification off dgMarketand sent out a new email to all bidders requesting an extension of the guarantee validity date for a tender whose winner was predetermined:

We are in the process of finalizing the bid evaluation for an eventual award of the contract to the lowest evaluated bidder. Therefore, we kindly request that you extend the bid validity date up to December 31, 2010. Please submit the original copy of the bid security document to the following address by November 29, 2010:

Please acknowledge receipt of this email and your intent to comply with this request.

As remarkable as it is to ask bidders to throw good money after sunk costs, it is apparent that the ultimate winner would still be Millennium IT even if all the bidders had somehow agreed to extend the bid validity date as requested. As can be expected, the email prompted a wave of inquiries from bidders. For its part, STT inquired with astonishment:

I’m confused by your request, this has already been awarded:
http://www.dgmarket.com/tenders/np-notice.do~5776887

After this exchange, STT got a response to its earlier complaint, not from Dr. Eleni or Solomon whom STT’s original email was addressed to, but from the “procurement” mailbox:

The referenced notice in your email has been withdrawn and an automatic notification email has been sent out to all subscribers of this information where this notice was posted. You should have received this cancellation notification if you and/or your staff subscribes to this service.

We sincerely apologize for this premature action and error you rightfully pointed out.

What the perpetrator(s) did not know in all this was that concerned individuals had already alerted the World Bank of the suspicious activities at ECX. On December 10, 2010, the World Bank passed its final decision to withdraw its no-objection to the award recommendation and cancel the tender.

First of all, I would like to thank you for bringing to our attention the document sent by ****** concerning complaints raised against the bidding process of Ethiopian Commodity Exchange Software.

The World Bank has now withdrawn its no‐objection to the award of the contract to Millennium Information Technology Software Limited. The Bank has thereby asked the Ethiopian Commodities Exchange to cancel the tender and has removed the award notification from the dgMarket.

The World Bank takes allegations of fraud and corruption seriously. If anyone has evidence of such cases, they are urged to present this to the Banks’ vice presidency for institutional integrity (INT). FYI, I have attached the contact information for the Banks’ Fraud and Corruption Hotline.

Please don’t hesitate to contact me if you have any further concerns or comments.

A few hours later, ECX followed suit and issued a cancelation of the award in an email from, once again, “procurement”.

Thank you for your participation.

Given all these evidences and more, it is curious why the Commission refrained from initiating an investigation to hold the perpetrator(s) accountable if found guilty rather than spending resources proving the obvious. After all, it is well known that ECX’s working procedures have long been open for corruption; this is not a new phenomenon that the Commission could claim to have just discovered. In the absence of segregation of duties and strong internal control systems, the concentration of decision making power exclusively in the hands of a few individuals leads to corruption and opens the institution for manipulation by unscrupulous individuals tending to their personal advantages. For instance, it is inconceivable to expect unbiased and sound bid evaluation processes where the product’s end user is also responsible for designing the technical requirements for a bid document, inspecting bid submissions, participating at bid opening, conducting initial and technical bid evaluations, and negotiating with bidders. This is exactly the state of affairs that paved the way for the recently alleged fraud and corruption at ECX; therefore, the flawed protocol needs to be corrected. But that is not enough. The allegation needs to be fully investigated and accounted for as well. By turning a blind eye to the allegations of substantial and consequential fraud, the Commission will only be perpetuating the existing legacy of corruption, and in fact, will itself be committing an act of corruption. 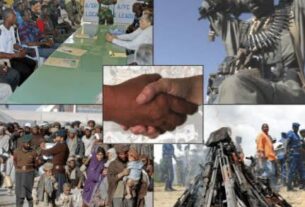