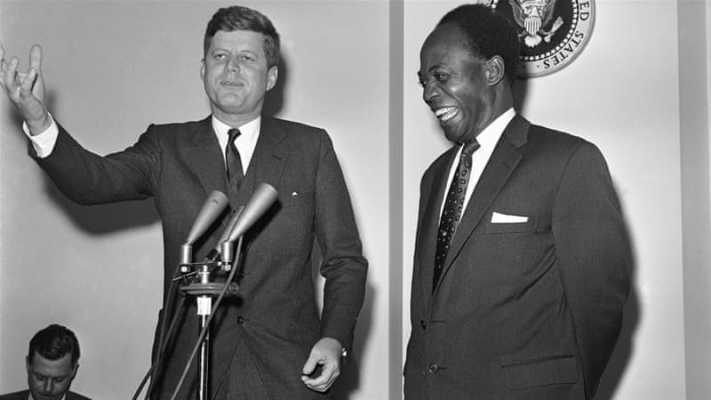 The grip of neocolonialism on Africa’s economic sovereignty is getting tighter every year. African leaders are under the shackles of neocolonialism to the extent that they seek to please neocolonial masters more than their people. This is what Kwame Nkrumah always warned about – that Africa needed to unshackle itself from the forces of Western capitalism.

The attainment of political independence for African countries did not signify the end of the continent’s dependence on global capital. The former colonial masters ensured that African countries remained beholden to their financial institutions and mechanisms. This was a deliberate, well-calculated ploy to keep exploiting and siphoning resources out of Africa. It is not surprising that up to this day Africa still exports raw materials and only waits for the finished products from the industrialized nations.

Neocolonialism is entrenched in the continent more than ever. This is proved by the presence of Europe and the United State of America in Africa. These foreign powers control Africa’s resources. They control mining assets and agricultural investments. Financial services are mostly dominated by private foreign firms.

The geopolitical tensions in this new Scramble for Africa are hard to ignore and cannot simply be wished away. This is exacerbated by the complicity of the leaders in Africa who are selling their countries away on the global auction floors to the highest international bidders. They do so with the belief that the unregulated forces of free markets will solve their countries’ economic problems.

With the status quo, one would assume that African leaders do not believe the answers to Africa’s problems are found in Africa, and not anywhere else. The endless need for Africa’s leaders to engage in global capital institutions such as the International Monetary Fund and the World Bank must now come to an end.

African leaders fail to realize that foreign capital does not care much about the true economic emancipation of African countries. The aim is to enrich the neocolonial masters at the expense of Africa. Global capital is not interested in the genuine, organic development and proper utilization of Africa’s resources. And this is exactly what Kwame Nkrumah warned about in his books (Africa Must Unite and Neocolonialism: The Last Stage of Imperialism).

Kwame Nkrumah is now viewed through the liberal eyes of the West as an incorrigible leader. This propaganda hides the fact that Nkrumah was a deeply committed Pan-Africanist who was devoted to seeing the unity of Africa coming to fruition. Having been in the United States for 10 years, he had witnessed the problems and downsides of capitalism first-hand.

He was wary of this capitalism, noting that Africa’s wealth, which must develop basic industries in Africa, had been systemically shipped away (and this is still happening). World markets keep stealing from Africa by fixing low prices for cash-crops.

France, U.S.A, was the leading country with a solid presence of military personnel in Africa. Nkrumah was stridently against this, arguing that with a united foreign policy and common defense plan, there is no need for foreign military bases in Africa. The reality prevailing is a stark contrast to what Nkrumah envisioned for the continent. Only Africa can defend itself. Foreign powers wield their seemingly military benevolence to perpetuate their ulterior motives i.e. further exploiting Africa.

Neoliberalism has meant that global trade has increased, but for Africa, trade with the global world remains extremely one-sided. Africa trades more with China more than any other continent on the planet. Africa trades more with Europe and America more than any other continent. But in these trades, Africa keeps losing. African leaders negotiate weak deals with the outside world. This results in Africa’s industry being retarded. Imperialism is manifesting itself in more dangerous ways.

Africa’s leaders are failing to liberate the continent from the clutches of imperialism, which is presently couched under the gospel of neoliberalism. They keep privatizing their economies and asking for endless credit from the U.S, Europe, and China. African leaders are failing to take a leading role in the provision of social services such as water, healthcare, education, housing, and transport, preferring to outsource these to private capital (both local and global).

The result is that the less privileged cannot afford these social services, while income inequality keeps rising. Foreign investors keep exploiting and damaging the continent, often with impunity. These foreign investors are ill-treating African people, paying them low wages and salaries that are insufficient for a decent existence. Pan-Africanism has lost its allure as African leaders seek pleasing these neocolonial masters. As Kwame warned, a country imprisoned under neocolonialism is not a master of its destiny.

This is why Kwame Nkrumah gave a passion-filled speech in Addis Ababa in 1963, saying that “The objective is African union now. We must unite now or perish.” African leaders must return back to the source and pride themselves in the robust and pragmatic ideology of Pan-Africanism. This will enable them to have more love for their people and eschew the menacing threat of neocolonialism.

Pan-Africanism matters now more than ever. There seems to be a supposition that history has “ended”. Africans can collectively succeed if there is cross-continent unity.

It is important to remember these words uttered by Kwame Nkrumah in 1961 when he delivered his address at the Casablanca Conference: “What I fear worst of all is the fact that if we do not formulate plans for unity and take active steps to form a political union, we would soon be fighting and warring among ourselves with imperialists and colonialists standing behind the screen pulling vicious wires, to make us cut each other’s throat for the sake of their diabolical purposes in Africa.”

African unity is the solution to the problems that plague the continent. Without unity, there is no progress. African leaders must respect their people. This means taking care of their own citizens, regardless of class. 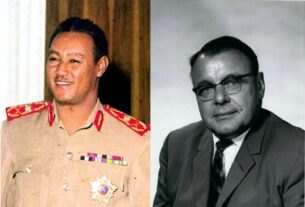 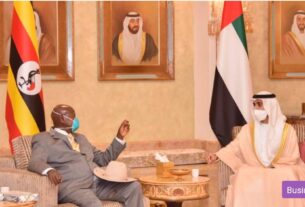