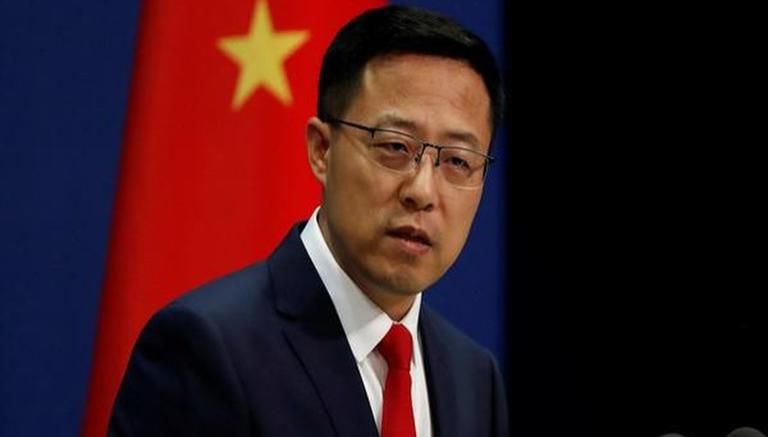 Chinese Foreign Ministry’s spokesperson Zhao Lijian voiced opposition to sanctions imposed by the United States on Ethiopia and extended support for the African nation. The White House has imposed sanctions against Ethiopian Prime Minister Abiy Ahmed and other leaders involved in a conflict gripping the Tigray region. According to the reports, the ten months of conflict have forced hundreds of thousands of people into famine.

Zhao, during a press briefing on September 22, Wednesday, termed the sanctions an “unnecessary step” by US authorities. He said that the Communist government always holds that international law and basic norms governing international relations must be adhered to in state-to-state relations. China opposes wanton pressure through sanctions or the threat of imposing sanctions to interfere in other countries internal affairs, Zhao added. Further, the Chinese Foreign Ministry’s spokesperson appealed to the United States to prudently handle the issues of Ethiopia and urged to play a constructive role in restoring peace and stability in the African country.

“We believe that Ethiopia, as China’s important cooperative partner in Africa, has the wisdom and capability to properly resolve internal differences, and hope the country could achieve national reconciliation and restore peace and stability at an early date,” Zhao said during a press conference on Wednesday.

It is worth mentioning that the 10-month conflict in the northernmost regional state in Ethiopia has grown from a political fight into a more serious war threatening stability in and around the African country. The fighting has triggered Africa’s most populous country to witness the world’s largest hunger crisis in a decade.READ | UN warns of depleting aid and fuel as Ethiopia’s Tigray crisis worsens

Despite multiple warnings of invoking sanctions by the US, the country has not replied on a positive note. Subsequently, US President Joe Biden’s executive order gives the Treasury and State departments authority to impose sanctions against leaders of all sides in the conflict. Secretary of State Antony Blinken said in a statement that the executive order “underscores our resolve to use every appropriate tool at our disposal to bring relief to the long-suffering people of the region.”

Getting It Wrong in Ethiopia’s Tigray

Why Yohanis Abraham’s Support in the Digital Space, from Pro-TPLF