(Reuters report, sept 2019) – The Trump administration on ordered the expulsion from the United States of two members of Cuba’s delegation to the United Nations and restricted travel of the remaining mission members to Manhattan, drawing strong condemnation from Havana.

In an announcement just days before world leaders gather for the annual U.N. General Assembly, the U.S. State Department accused the two Cuban diplomats of trying to “conduct influence operations” harmful to U.S. national security but did not elaborate on the accusations or release their names.

“The Department of State today notified the Cuban Ministry of Foreign Affairs that the United States requires the imminent departure of two members of Cuba’s Permanent Mission to the United Nations for abusing their privileges of residence,” State Department spokeswoman Morgan Ortagus said in statement.

“This is due to their attempts to conduct influence operations against the United States,” she said.

Cuban Foreign Minister Bruno Rodriguez rejected the U.S. actions as “unjustified,” saying on Twitter: “The imputation that they might have carried out actions incompatible with their diplomatic status is a vulgar slander.”

“The expulsion … has the aim of provoking a diplomatic spiral that would lead to the closure of bilateral embassies, further tightening of the (U.S.) blockade and creation of tensions between both countries,” he said.

Ortagus said the movements of other members of the Cuban delegation would “essentially” be limited to the island of Manhattan.

“We take any and all attempts against the national security of the United States seriously, and will continue to investigate any additional personnel who may be manipulating their privileges of residence.

Under the 1947 U.N. “headquarters agreement,” the United States is generally required to allow access to the United Nations for foreign diplomats. But Washington says it can deny visas for “security, terrorism, and foreign policy” reasons, though this provision is only invoked on a limited basis.

Over the decades, Washington and Havana, old Cold War foes, have engaged in tit-for-tat expulsions of diplomats.

The Trump administration expelled 15 Cuban diplomats in September 2017 after sharply drawing down U.S. embassy staff in Havana over a mysterious affliction that Washington said had affected American personnel there. 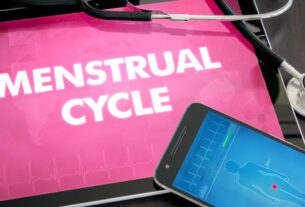 30,000+ Women in UK Report Menstrual Problems After COVID Shots, But Menstrual Issues Not Listed as Side Effect