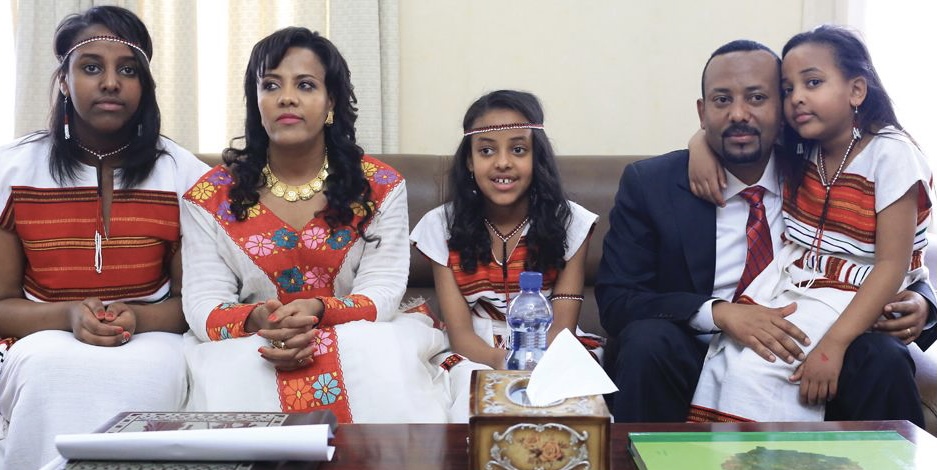 As the United States government seeks to impose punitive sanctions on Ethiopian government’s effort to fight back against insurrection in Tigray, the US Department of Treasury is “unable to find any major financial assets to freeze, belonging to Ethiopian PM Abiy Ahmed,” according to an AG source investigation.

The investigation’s report says US Treasury & State Department policymakers are in disarray, as officials are concerned with public backlash if US sanctions damage the popular trade program African Growth and Opportunity Act (AGOA), which mostly benefits poor Ethiopian women workers. The Ethiopian diaspora has held massive protests in Washington DC asking Joe Biden’s administration to avoid sanctions, and instead condemn the rebel insurrection and atrocities by the Tigrayan Peoples Liberation Front (TPLF).

However, the Ethiopian Premier Abiy Ahmed’s family has no foreign assets that the US can freeze, according to the investigation. Before coming to power in 2018, Abiy’s family lived in a low-income “section 8” housing in the US state of Colorado. Abiy also has no assets in other countries, despite gaining government positions in the former TPLF-dominated regime, in which the ethnic Tigrayan elite became millionaires (and some billionaires) between 1991-2018.  After being assigned to lead the Information Network Security Agency (INSA), Abiy’s troubles reportedly began when he started to challenge spying and media jamming orders by former TPLF dictator Meles Zenawi, who led Ethiopia for 21 years before his unexpected death in 2012. According to associates of Abiy, he opposed TPLF’s policy of dissident media jamming & censorship, since Ethiopia was not in wartime at that period. As the agency’s internal disagreements began, Abiy’s family reportedly left the country, since the TPLF security apparatus was famous for using family members as leverage to control non-Tigrayans who were assigned power during the TPLF dictatorship.

Once in America, Abiy’s wife Zinash Tayachew (who has become an advocate for the disabled and Special needs children since becoming a First Lady) had modest life, living on public assistance for years and serving in her Evangelical church in Denver.

With US sanctions proposal facing such obstacles, the US government is also facing backlash for comments referring to Ethiopian Airlines. The State-owned but privately-run Ethiopian Airlines is one of the most successful, oldest and historical African companies: a rare black-owned corporation operating worldwide with footprints in many western capitals. Recently, it became a subject of controversy after CNN’s Sudanese journalist Nima Elbagir (who was accused of working with TPLF members and lobbyist Von Batten LC) accused the airlines of helping Ethiopian government transport its soldiers into Tigray. But her claims were later debunked by CNN aviation experts who said Ethiopian Airlines did not break any rules by doing so, as many American airlines perform the same operation as well.

As leaders in Africa and Asia continue supporting Abiy’s Ethiopian government, including during Security Council meetings, the Biden administration and a handful Western powers are increasingly isolated in the horn of Africa. Nonetheless, instead of calling the TPLF rebels to disarm, Western officials are likely to double down on the failed policy of sanctioning Ethiopia. Top Biden official Samantha Powers recently spoke of more punitive measures and scapegoating Ethiopia, despite UN officials blaming TPLF as the “primary impediment” for humanitarian aid delivery in Tigray.

Another potential target of US sanctions was Col. Demeke Zewdu, security head of Amhara special forces in Welkait and Humera. Despite being a half-Tigrayan, he became a pro-democracy leader opposing the ethnic cleansing of hundreds of thousands Amharas since the 1990s, after TPLF re-drew Ethiopian maps to create a new entity called “Western Tigray.” Any US financial sanctions or asset freeze will also not affect Col. Demeke as he spent many of his years being tortured by TPLF and languishing in prison before his eventual release, as Abiy came to power. Not knowing that he is half-Tigrayan himself, some western media and diplomats accused his forces of ethnic cleansing Tigrayans, allegations that had yet to be proven.

Another US sanctions proposal has been additional arms embargo on Ethiopia, which does not impact the TPLF rebels who want to overthrow the government. In addition to weakening the Ethiopian military against rebels, Western arms embargo on Ethiopia is expected to embolden and encourage Sudan & Egypt to escalate their military aggression against Addis Ababa, thus potentially intensifying the conflict and destabilizing the whole region.

Despite US blaming “both sides” of the conflict since the TPLF insurrection began, it is unknown if wealthy TPLF military leaders would be targeted by US financial sanctions. Forbes magazine previously revealed that former TPLF government officials transferred over $30 billion dollars overseas during their rule.  Despite such massive corruption, they were supported by the West since TPLF officials advanced various US foreign policy interests (including the 2006 invasion of Somalia that led to mass atrocities). Thousands more relatives of TPLF elites have since moved into Europe and America, with many of them accused of recently paying expensive lobbyists in Washington and London. Several TPLF members in America also have networks with Western journalists and media, including recently broadcasting pro-TPLF promotional ad videos on CNN. One of the most prominent TPLF leaders is WHO Director Tedros Adhanom who was accused of using his podium to amplify pro-TPLF narratives as well as use his surrogates to intimidate UN officials working in Ethiopia. Two of the main UN whistleblowers who revealed Tedros’s involvement in aiding TPLF rebels, UN-IOM chief Maureen Achieng and UNFPA head Dennia Gayle got suspended this week by UN upper management. Due to decades of one-ethnic TPLF rule and with Ethiopia being the headquarters of African Union (AU), Dr. Tedros has built close relationships with several key Western officials, including Samantha Powers, Susan Rice, Mark Lowcock, Michelle Bachelet among others.

this article was originally published on awasa guardian website 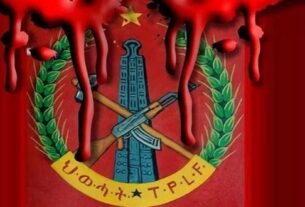 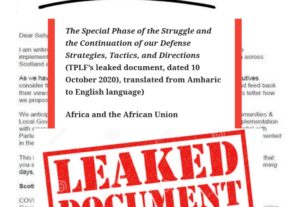