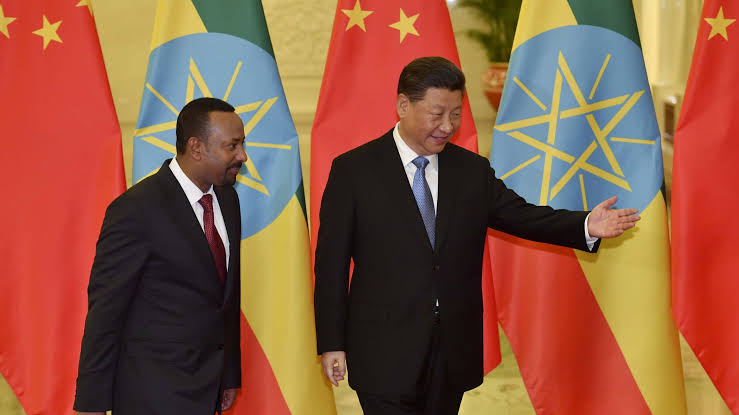 Chinese Ambassador to Ethiopia Zhao Zhiyuan reaffirmed that China has keen interest to keep the deepening bilateral cooperation with Ethiopia in various spheres.

The Ambassador made the remark in his article about the 19th Central Committee of the Communist Party of China (CPC) that convened its sixth plenary session in Beĳing from November 8th to 11th, 2021.

According to the Ambassador, China and Ethiopia are Comprehensive Strategic Cooperative Partners with extensive bilateral cooperation.

China stands ready to keep deepening inter-party cooperation with Ethiopia and promote experience-sharing and mutual-learning on governance in a win-win spirit, he added.

Ambassador Zhiyuan further stated that China will continue to hold high the banner of peace, development, cooperation and mutual benefits, keep to the purpose of its foreign policy for maintaining world peace and promoting common development.

China will work together with Ethiopia and other developing countries to tackle risks and challenges and contribute to the noble cause of building a community with a shared future for mankind, he further stated.

Chinese President Xi Jinping who is also the General Secretary of the Central Committee, attended the 19th Central Committee of the Communist Party of China session and delivered an important speech.

The plenum was convened in a year of significance, which marked the 100th Anniversary of the CPC’s founding and when China embarked on the journey toward realizing its second centenary goal.

“It was a milestone meeting to review experiences of the past and draw blueprints for the future, which attracted much attention worldwide,” the Ambassador said.

At the session, the Central Committee fully affirmed the historic achievements scored since the Party’s 18th National Congress, and considered and adopted the Resolution on the Major Achievements and Historical Experience of the Party over the Past Century, which is the CPC’s third resolution in its century-long history.

The epic journey of determined explorations and unremitting endeavors by the CPC over the past 100 years is well-captured by this landmark Resolution of more than 30,000 words.

The Resolution is an epoch-making Marxist guideline document that takes stock of the major achievements and historical experiences in the century-long endeavors, and speaks volumes of the CPC’s strong sense of mission and self-confidence as the world’s largest governing party celebrating its centenary.

Bias of the Media in the coverage of George Floyd

We Trust in Gun – USA

The Weaponized Belt and Road Initiative