Split moderates from extremists by emphasizing alternative means to the moderates at a lower cost than the use of terror. Moderation is a process and not a condition of negotiation.
Engagement in negotiation, and the new situation it produces, can gradually produce deeper changes, but this will take time.
Investigation, contact, and communication are the general means of negotiation with absolute terrorists. Find out as much as possible about the terrorists’ values and goals. Establish and maintain contact. Contacts are the crux of negotiation. Building contacts will doubtless be in secret but must be backed by public statements
indicating openness to negotiate. Use step-by-step agreements to advance terrorist negotiations. Negotiation is a matter of giving something to get something; hence the negotiator needs to offer the terrorist concessions to his demands as the payment for his abandonment of violent terrorism. The terrorist too must make concessions, and the absolute terrorist does have something to
offer as payment—his choice of terrorist tactics.

The key challenges facing negotiators are: to sense who the contingents are among the absolutes and to convert them to negotiability; to reduce and then change the terms of trade for the cessation of terrorist means, whether the release of hostages or the cessation of suicides; and to move from a reduction of means (terror) to a reduction of ends (motivations).Patience and persistence are key to dealing with both contingent
and absolute terrorists.

Further information
This Policy Brief is based on “The Mediator’s Toolkit: Negotiating
with Terrorists,” by Guy Olivier Faure and I William Zartman
(United States Institute of Peace, forthcoming). To request
preprints, e-mail macaspac@iiasa.ac.at.
Guy Olivier Faure is Professor of Sociology at the Sorbonne University, Paris V, where he teaches international negotiation, conflict resolution, and strategic thinking and action. I William Zartman is Jacob Blaustein Professor of Conflict Resolution and International Organization at the Nitze School of Advanced International Studies, Johns Hopkins University, Washington, USA. Both are members of the steering committee of IIASA’s Processes of International
Negotiation (PIN) Program.

Ethiopia hires Mercury amid US pressure over Tigray 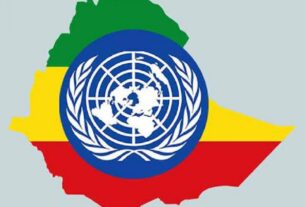