When African-Americans faced racial discrimination and prejudice that prevented them from pursuing specific career paths, Rebecca Lee Crumpler changed the face of medicine and became the first African-American woman in the United States to obtain a medical degree.

Rebecca Lee Crumpler (nee. Davis) was born in Delaware on the 8th of February, 1831, to Matilda Webber and Absolum Davis. Not much about her early childhood is known. However, in her book, she mentioned that her aunt impacted and influenced her love of medicine. “Having been reared by a kind aunt in Pennsylvania, whose usefulness with the sick was continually sought, I early conceived a liking for, and sought every opportunity to be in a position, to relieve the suffering of others,” she wrote. She attended the West-Newton English and Classical School, a prestigious private school in Massachusetts.

She began her medical career as a nurse in 1852 in Charlestown, Massachusetts; however, due to no formal nursing school, she assisted many doctors without a formal education all through the ’50s. Finally, in 1860, Crumpler achieved something scarce for women or black men to perform at the time: to be admitted into medical school.

Keep reading, play crosswords, even when you are offline! Add to homescreen

Crumpler gained entrance into the New England Female Medical College, which Samuel Gregory and Israel Tisdale Talbot founded. The school primarily trained women in obstetrics and gynecology and accepted its first class of women in 1850. Gregory and Talbot created a space for women to learn medicine despite naysayers (male physicians) who believed that studying and practicing medicine did not fit women. In Crumpler’s year of admittance, she was the first and only African-American physician in a class of 300 women and 54 543 physicians overall. This fact is awe-inspiring given how African-American people lacked the chances to join that kind of profession, yet equally disheartening at the same time to bear in mind that there were so many other women who could have taken up space alongside Crumpler.

Crumpler graduated in 1864 as a Doctor of Medicine and began practicing medicine in Boston, initially focusing on poor African-American women and children. Upon her move to Richmond, Virginia provided missionary service following the end of the American War 1865. She also worked for the Freedman’s Bureau, where she provided medical attention to previously enslaved people turned away by white physicians. During her tenure here, she faced intense racism and racism from the administration and her colleagues as she was ‘the only black woman employed by bureau.’ Ultimately, she returned to Boston to Beacon Hill, a predominantly African-American neighborhood, and finally moved to Hyde Park, New York.

She published her monumental book, Book of Medical Discourses, in 1883, which consisted of notes she kept throughout her medical career, including autobiographical political, social and moral commentary and relationship advice. Like the earlier days in her career, the book focused on the medical care of women and children and dedicated it to nurses and mothers. Her book consisted of two sections: firstly, she highlighted the importance and means of preventing intestinal problems during a child’s teething period, and secondly, “the beginning of womanhood and the prevention and cure of most of the ‘distressing complaints’ of both sexes.” Her book is the first medical textbook written by an African-American author.

Although we don’t know an extensive amount of information about Rebecca Lee Crumpler’s life, her legacy lives on, and her brilliance is undeniable; we have her book to thank for that. Her bravery and resilience through the adversity she faced as an African-American woman doctor in the 19th century is that of a story worth teaching each generation to come about. Her legacy has ensured that although she may have been the first in her field, she certainly will not be the last and will continue to serve as inspiration for more female physicians to walk in her footsteps. 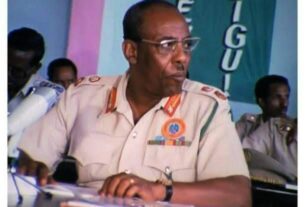